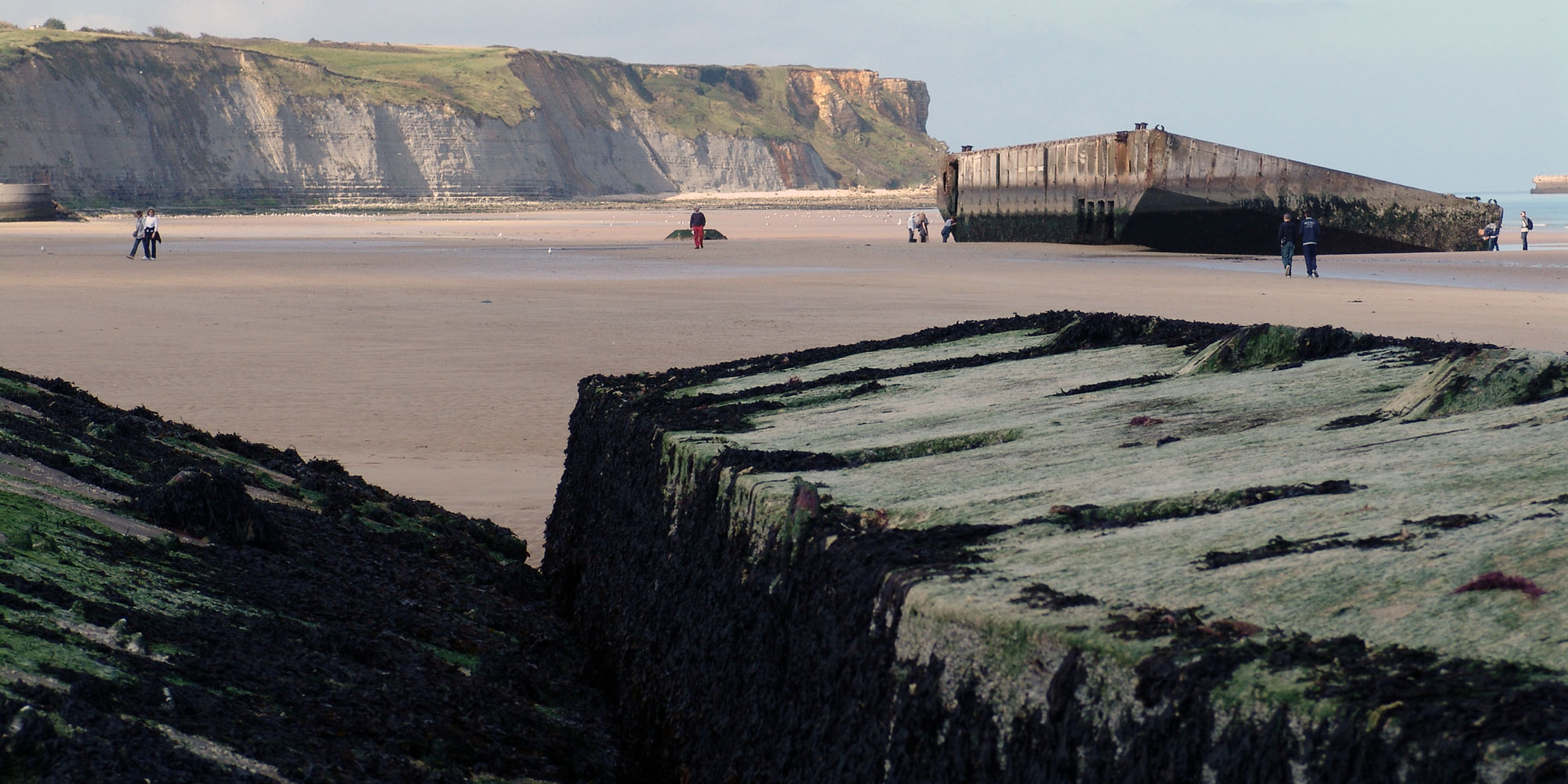 In this Episide Norm covers the Passing of the Torch from Canada’s First War generation to their sons and daughters, Canada’s mobilization and the first Canadians to fight in the Battle of Britain. Veteran, RAF Ace (14 Kills in Britain and Malta), BC’s Butcher Barton tells his story of the Battle of Britain in 249 Squadron, RAF. Part 2 deals with the Battle of the Atlantic, covering the early convoys, the lifeline to Britain.

Veteran Peter Cock tells his story of the battle against a Wolfpack of more that 20 U-Boats in the story of convoy SC-42.

Norm visits the remains of the old battlefield of Hong Kong, where Canada’s soldiers first went to war. In an impossible situation, the 2000 Canadians simply vanished after the fall of the British Colony at Christmas 1941. Many were killed in battle but as many would die at the hands of the brutal Japanese as POWs.

Veteran Alf Babin of the Royal Rifles revisits St Stephens where he witnessed the slaughter of wounded, and tells his story. One in three Canadians would never return home.

Two Episodes on the Canadians in Sicily and Italy. The show starts in Sicily at Pachino where the Canadians first land and covers the great assault on Assoro by the Hasty Peas, and then moves to Ortona and the Moro River in mainland Italy.

After Normandy they all thought it was over, but 10,000 Canadians would die before the war in Europe would end 8 months later. The show starts with the capturing of the Atlantic Wall (Todt Battery), then covers the Channel Ports; the taking of the Breskens Pocket, to free the South Scheldt, and Antwerpen; the brutal battle of the Rhineland, and finishes in Europe with the liberation of Holland. The Episode then jumps to Japan and the last Victoria Cross action of the war. Hampton Gray, VC won his VC posthumously attacking and sinking a Japanese destroyer in Onagowa Bay. He was the last Canadian to die in action in the Second World War. The show finishes in Yokahoma War Cemetery near Tokyo, and honours the 125 graves of Canadian Hong Kong POWs that are buried there.

Two Episodes on the Canadians in Sicily and Italy. The second hour deals with the breaking of the Hitler Line in the Liri Valley and ends with a veteran of the Perths taking us over the ground where they fought at a seam in the Gothic Line, and provided an opportunity for the tanks to exploit this German weak point, a great Canadian victory.

Episode 5 deals with D-Day, covering the Landings and early exploitation into Normandy. Veteran Lockie Fulton of the Winnipegs takes us over his battleground, from the beaches to the Carpiquet airfield. The second part of the show covers the breakout from Caen, Operation Totalize, and finally the closing of the Falaise Gap. Normandy cost the Canadian Army 5000 dead.